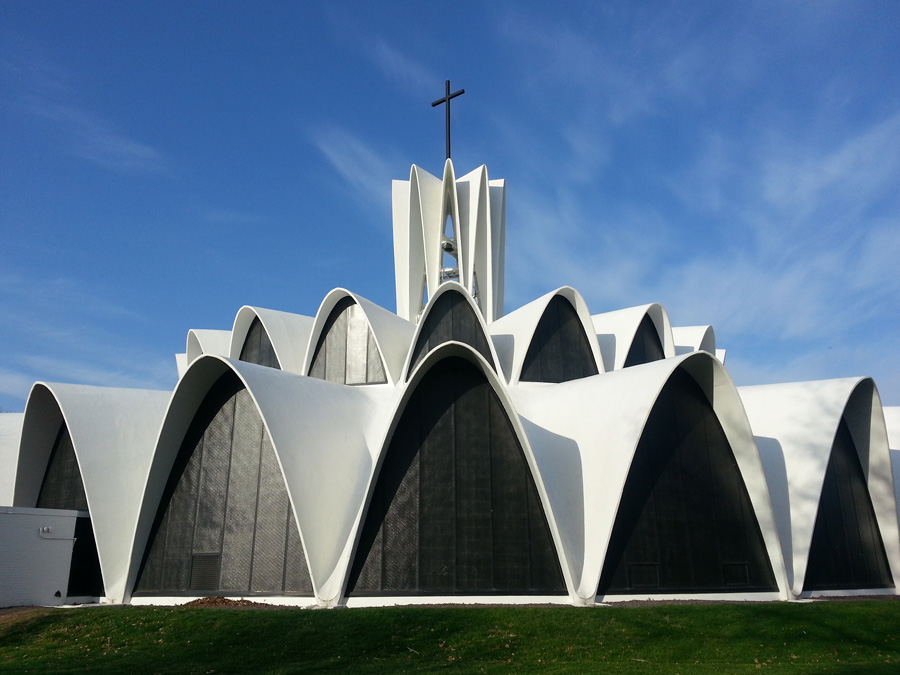 In the introduction of his Rule, St. Benedict calls the monastery a “school for the Lord’s service.” Our Parish of St. Anselm can also be thought of as “a school for the Lord’s service.” St. Anselm Parish is a school from which we never graduate. Each day we learn more and more about what it means to serve our Lord and to serve God in one another. This lesson takes a lifetime to learn and to practice. Our Parish life is centered on the Eucharist in which we receive Jesus’s own body and blood which alone can give us the strength to persevere as students in “the school for the Lord’s service,” learning Christ’s lesson of loving service and trying our best to put that lesson of loving service into practice with the support of our fellow parishioners.

The Parish Community of St. Anselm, in cooperation with the Abbey, the Priory School and the Archdiocese of Saint Louis, declares its mission to be the love of God through the Mass, Sacraments and prayer, and the imitation of Jesus Christ by loving and serving all people.

St. Anselm Parish is in the Archdiocese of St. Louis. Parish origins and present life are closely linked to the Benedictine Community of St. Mary and St. Louis Abbey. In the early 1950s, a delegation representing Archbishop Joseph E. Ritter delivered a formal invitation to the Benedictines at Ampleforth Abbey in England to establish a monastery and a college preparatory school for boys in St. Louis. The invitation was accepted, and the first monks (Frs. Columba, Luke and Timothy) arrived in October of 1955. On March 19 of the same year, the Priory of St. Mary and St. Louis was incorporated. After some searching, the firm of Hellmuth, Obata & Kassabaum was chosen to design Priory buildings, including the church now shared with the Parish. 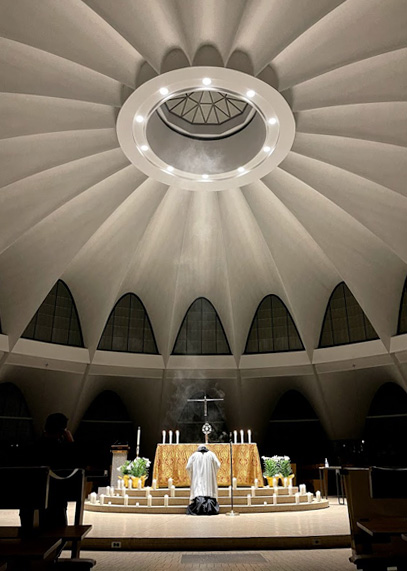 When Cardinal Ritter established the Parish of St. Anselm in August 1966, he chose Rev. Robert P. Slattery as Pastor to serve the rapidly increasing population of West County. Fr. Columba invited Fr. Slattery to use the monastic church until a new church could be built on Ladue Road. A relationship that began as a temporary accommodation deepened and, in May of 1968, representatives of the Archdiocese and the Benedictine Community signed agreements that the Parish of St. Anselm be formally constituted on the grounds of St. Louis Priory. At this time, agreements concerning the sharing of expenses and buildings were drafted. In 1972, Monsignor Slattery built a parish house and, later, a Parish Center that contains offices, classrooms, assembly rooms, kitchens and a chapel.

In March 1981, Msgr. Slattery was appointed Director of Catholic Charities and, in accord with the agreements of 1968, Archbishop May offered administration of the Parish to the Benedictine Community. Fr. Timothy Horner, O.S.B. was appointed Pastor and confirmed by the Archbishop on May 31, 1981. On June 16, 1989, St. Louis Priory became an Abbey, and Prior Luke Rigby was elected the first Abbot. On reaching retirement age, Fr. Timothy submitted his resignation as Pastor. Fr. Benedict Allin, O.S.B. was appointed Parish Administrator for one year starting July 1, 1995. Fr. Thomas Frerking was elected Abbot of the Benedictine Community to succeed Abbot Luke in June 1995. On July 7, 1996, Fr. Gerard Garrigan, O.S.B. was appointed Pastor. On November 1, 2012, Fr. Gerard Garrigan retired as Pastor of St. Anselm Parish and is now Pastor Emeritus and Fr. Benedict Allin retired as Associate Pastor and is now Senior Priest in Residence. On November 17, 2012, Archbishop Robert J. Carlson presided over the Installation Mass of Fr. Michael Brunner, O.S.B., as Pastor of Saint Anselm Parish. In obedience to his Abbot, Father Michael was assigned as the Prior - Administrator of Portsmouth Abbey in Rhode Island.

Read about Saint Anselm in the Catholic Encyclopedia.